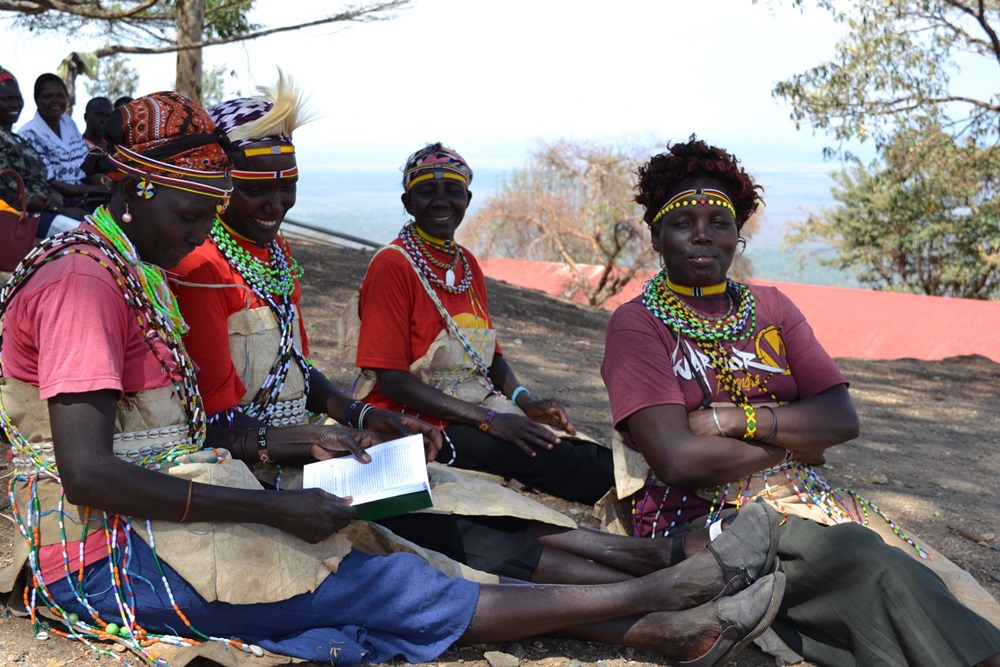 The Endo – Marakwet numbering 120,000 people are one of the many languages forming the Kalenjin group. Many of the Endo people live on the face of an escarpment above the valley floor. They practice subsistence farming in the area which is fed by three small rivers from the mountains. The water is distributed by an intricate series of irrigation furrows thought to be over 400 years old.

Farming includes a wide variety of crops such as millet, cow peas, corn and various tropical fruits. In addition, families keep sheep, goats and some cattle. Some members of the community also practice beekeeping. Theft and raiding by other tribes in the valley floor keep these herds of cattle small. There is little cash income. Trading, however, provides them with some staples such as tea, sugar, jerry cans, etc.

The Endo – Marakwet are isolated in several ways. There is only one poor dirt road into their area. They have no electricity. The government has provided some schools but attendance is low with very few Endo having completed 12 levels. The schools teach Swahili and English, but 100% of the population still speaks their mother tongue.

African Traditional Religion is practiced by about 85% of the Endo- Marawket population. There is a strong belief in curses and malevolent spirits among the Endo – Marakwet.

BTL began the Endo- Marakwet project in 1983, where the language was developed and translation and literacy work began. For many years in between, ethnic clashes with the neighboring community made it unsafe for the language project team to do translation and run literacy programs. Work was relocated to Eldoret. However calm returned in the mid 2000s and the translation team was able to complete the New Testament which was launched in February 2009. In 2012 BTL began working on the Marakwet Old Testament after an appeal from church leaders in the community who said, “now we have half a beehive (New Testament only), help us to get the entire beehive” (referring to the complete Bible.

TOGETHER WE CAN SUPPORT THE ENDO – MARAKWET TRANSLATION