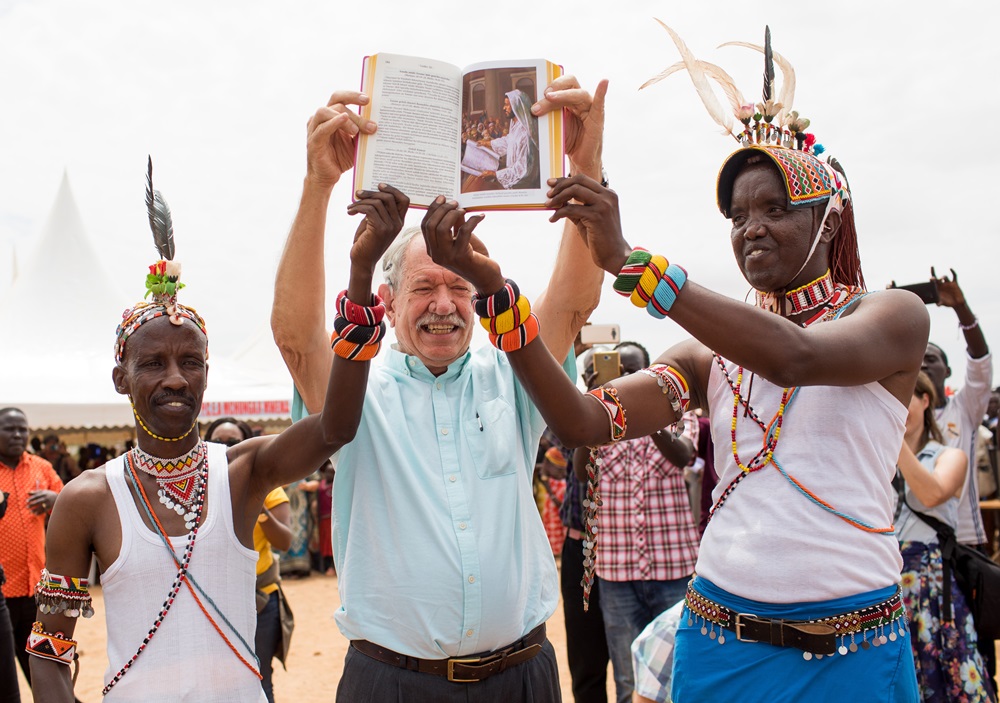 The Rendille people are traditionally pastoralists keeping goats, sheep, donkeys, and camels. The Rendille people have a traditional religion that worships Waakh, the great God who created all things and is especially the God of the poor. Their religion includes regular prayer times, animal sacrifices, and the existence of ancestral spirits. There is a sizable number of Christians who are about 15%. The Rendille people have had little exposure to Christianity until the latter part of the Twentieth Century. The first churches to begin work among them included the Catholic, AIC, and more recently numerous Pentecostal churches (Kenya Assemblies of God, PEFA, Full Gospel Churches of Kenya, Chrisco, etc.).

While the Rendille people are listed among the least-reached people groups of Kenya, they seem to be responsive to the Gospel. Translation of the Rendille New Testament began in 1981 and was dedicated on the 18th of August 2018. To God be the glory.

Measures to contain COVID-19 in the Rendille language.

Translation for the Old Testament began in January 2019. Would you love to support this project, click on the donate button on how to go about it.