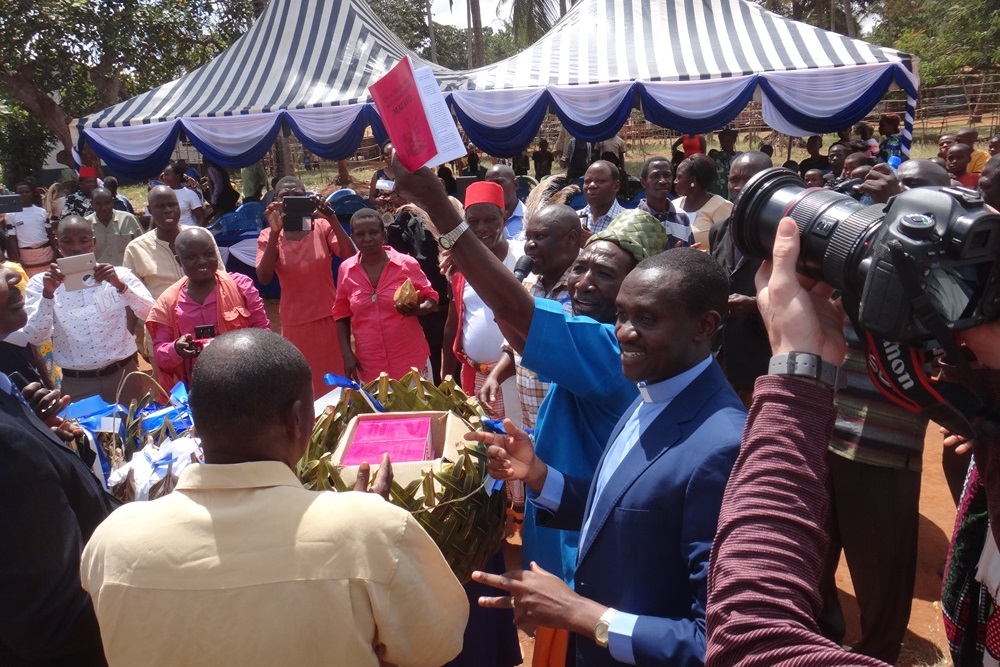 A common knowledge with regards to the tribes along the Kenyan coastal strip is the fact that there exists a group of people called the Mijikenda (literally: the nine homesteads). However, the detail of knowing exactly -what comprises this group- is what is usually overlooked. The most commonly mentioned tribes under the Mijikenda being the Giryama and the Digo.

The Chonyi community, alternatively known as the conyi/the kichonyi, also falls among the Mijikenda. Their population sums up to the environs of 184,000 people (Kenya National Population Census Report 2009).They are found in Kilifi and Kaloleni Districts in the Coast Province of Kenya, neighboring the Giryama people. They mostly engage in farming and fishing as economic activities.

A majority of the Chonyi people are Christians, amounting up to 80% of their population, with the rest being animists. Despite this large Christian percentage, the Chonyi community is one among the remaining people groups in Kenya that do not have a Bible in their language. A BTL survey done in 2010 determined the need for a Bible in a community that has a large percentage Christian but lacking Scripture in a language that they can understand.

The survey determined a need for Bible translation in the language which can be an adaptation from the Giryama Scriptures. The startup project was begun with a purpose of laying down the foundation necessary for BTL to start up a Translation Project in this community. Vision building meetings with stakeholders in Chonyi were done for the Chonyi Bible and translation work began; so far the Chonyi community have the Gospel of Matthew in their language. It was dedicated and launched in the month of October 2016

TOGETHER WE CAN SUPPORT THE CHONYI TRANSLATION