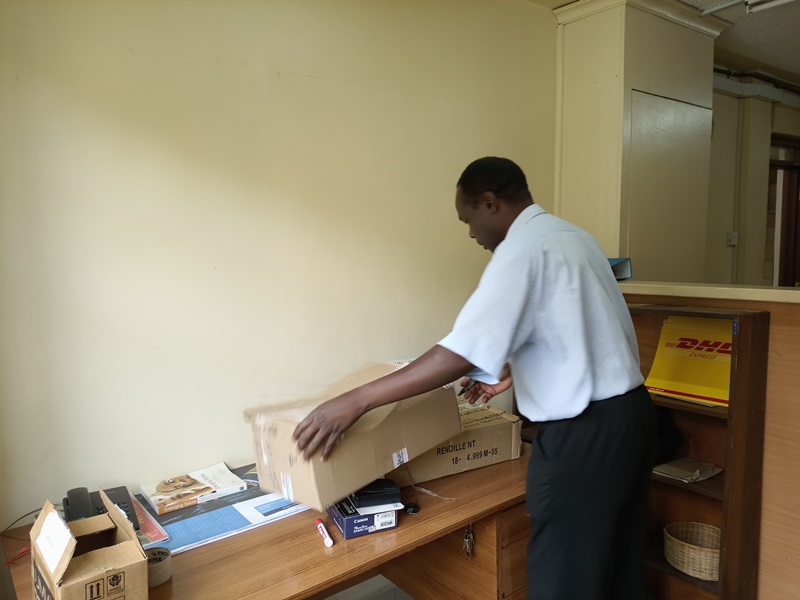 When Mong’are completed his secondary education, he left his village to Nairobi to secure a job. It was during this time of trusting God for an open door of employment that his neighbor who was a grounds man at BTL informed him of an opportunity. This led him to joining BTL in the year 1996 as a casual worker. He served in this role for three years and then his term came to an end. While walking out of BTL’s gate that last day of service, he asked God if He would give him another chance to serve at BTL. “I had loved working at BTL and also came to love the people that I served with. I experienced a great change from my previous engagements

in different organizations; people were kind to me, they were caring, they shared in my troubles, we related equally and even supported me with transport, I loved the place so much.”

A month later after that plea to God to serve at BTL, God heard his request. He was recalled to serve at the staff lunch, known then as the ‘stomach club’ where he was to cook meals for staff members. He served in this role for another three years when he was promoted to serve as a cleaner. “I served in the stomach club until the year 1999, when God opened a door for me to serve as a cleaner. I enjoyed working, until, God again promoted me to serve in the Business services department; a role that I hold until today.”

Mong’are currently supports translation by ensuring that the project staff receives their parcels in good time, parcels are picked from the courier service, and office premises are secure and many other related assignments. He passionately executes his duties because in his heart, God called Him to the ministry of BTL. “Through the services that I have offered and continue to offer at BTL, translation has progressed. If the project staff requested to have their computers delivered and I did not organize for that, translation work would have slowed down. If the office was not cleaned, dust and insects would begin to inhabit making the place unsuitable to work. If the staff members never had food to eat, their energy levels would have gone low rendering them unable to work. I am happy that God called me to serve in the most humbling Ministry.”

His over twenty years’ of service at BTL have not gone without notice from the people who have heard about his story and the duration of service in the organization. “I have had people ask me what keeps me in BTL? The life of Paul becomes my reference point to them. Serving at BTL is a calling, it has its own challenges but when you know who called you, you stand with God’s work; Paul did and God worked greatly through him for His glory. As BTL marks a wonderful season in ministry, my desire is to see BTL continue to perform its mandate to the unreached groups.”

nextGod’s book is being opened today!